COIMA RES (the “Company”) informs that today the Board of Directors has approved the extension of the duration of the asset management relationship in place between the Company and COIMA SGR S.p.A. (“COIMA SGR”), by a way of entering into a new asset management agreement (“Contract”) containing few modifications with respect to the current agreement in place between COIMA SGR and the Company, amongst which an improvement of the economic conditions in favour of the Company.

The transaction was borne out of a spontaneous proposal formulated by COIMA SGR, in its role of founding shareholder of COIMA RES, with the objective of contributing to the improvement of COIMA RES’ profitability, for the benefit of the Company and its shareholders.

The contract entered by the Company with COIMA SGR in 2015, in relations to the IPO of the Company, was effective since May 13th, 2016, date in which COIMA RES’ shares started trading on the stock exchange, up to May 13th, 2021 (“First Period”), and would have automatically been renewed at the end of the First Period, save for cancellation exercisable by both parties with at least a 12-month notice. With the Contract approved today, the First Period has been extended, with effective date January 1st, 2020, for five years and, therefore, until January 1st, 2025.

In consideration of the size of COIMA RES and with the objective of increasing the Company’s profitability, the asset management fee has been reduced by 30 bps from 1.10% of NAV to 0.80% of NAV (i.e. a 27% reduction).

Based on the latest NAV of COIMA RES (Euro 440 million, as of December 31st, 2019) the fee reduction is equivalent to a saving for COIMA RES of Euro 1.3 million per annum, an improvement in the EPRA Cost Ratio of 350 bps and a 15% reduction in recurring G&A expenses.

In addition, Manfredi Catella, founder and CEO of COIMA RES, has expressed his will to forego, for the First Period, as extended to January 1st, 2025, the emoluments related to his role as Chief Executive Officer, in line with the conduct held since IPO. Such renunciation is based on certain conditions, which are currently satisfied. For more information on the remuneration of the CEO, please reference to the "Report on the remuneration policy and the remunerations paid" which will be made available to the public pursuant to art. 123-ter of the TUF, in accordance with the law.

In relations to the transaction, COIMA RES has followed the procedure for transactions with related parties of major relevance. The transaction was approved by the Board of Directors upon favourable and binding opinion by the Related Party Committee of the Company.

For more information on the transaction, please refer to the information document which will be published in accordance with the law on the website www.coimares.com. 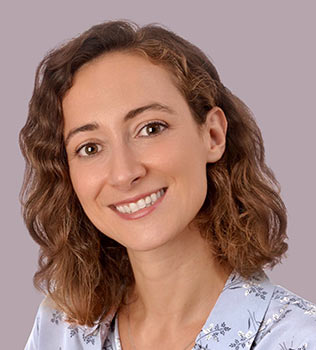